Great post from Daniel Diaddigo’s recent email newsletter. Had to pass it on to our readers. Great insight for living. 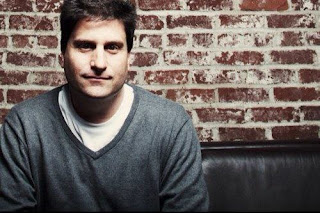 “Then you will be able to test and approve what God’s will is – His good, pleasing and perfect will.”
Romans 12;2
This world has a pattern to it. I’m watching this pattern from the lobby of the Chase tower in Chicago.

The pattern repeats itself in leather satchels and smart, form fitting business skirts. Over there is a guy waving his arm to make an important point – he’s on the phone.

I’m people watching in the lobby because I’m early for a meeting on the 57th floor.  The world says this is a good thing – to be on the 57th floor. Because the 57th floor is the top floor and important things happen at the top. This is the world’s pattern, the one the apostle Paul referred to in the twelfth chapter of his letter to the Romans.

Don’t misunderstand – we need to be excellent in all we do. We need to practice our crafts as living sacrifices to God. This is how we worship, but the world’s pattern diverts us to pursue worthless things. The exchange that runs the top floor trades acceptance for performance and rewards for pleasing men and owning things.

Easy to describe – not so easy to avoid.

I’ve known men who believe that avoiding the world’s pattern means checking out of the system. They think they’re coming out of Babylon. I think they’re mostly going into hiding, lights under bowls – Christian clusters fueled by fear and self-absorption.

Jesus engaged the world system in hand-to-hand combat and so should we. The battle, the Apostle Paul tells us, is not “out there”.  It’s between your ears. Paul says renewal, not retraction, is the remedy to the world’s pull.

“[B]e transformed by the renewing of your mind.”

Does your thought life follow the world’s pattern? When your heart speaks does it agree with the top floor? Do you trade pieces of your soul in order to go higher?

We’ve all heard the sermons – you renew your mind by replacing bad habits with good ones. Change gossip for encouragement. Trade the internet for Scripture. Replace worry with prayer.  All good – but I think missing the center.

My attention has been fastened to these words all week. I can’t get past them. The verses that proceed layout God’s pattern.

Fifty-seven floors is so, so very small when I consider the height and depth and breadth of God’s love for me. When I hold His mercy in view, how can I find satisfaction in anything else? No wonder everything else seems so empty! No wonder all those people are scrambling for the top. They know there’s more.

And the world tells them (and us) that “more” is higher, always higher. Work harder. Another compromise, another floor – until you reach the top. That’s where life is.

Do you want to renew your mind? Command the eyes of your soul to fix themselves upon Jesus until His mercy burns a silhouette into the fabric of your being.

Really, truly, there is nothing else!

In view of God’s mercy, we don’t have to search for life through the world’s pattern.

We don’t have to squeeze out performance or pander to please men. Jesus has already performed for us and God is now pleased with us. He has saved us from the top floor.

I’m staying out of the bloglight this week again by posting something that someone else has already said better than I can. I hope some of the men out there will join us as we think out loud at ONETH1NG this Friday morning. Bring your kids to school late or just keep them home so they can talk all day about what you heard on Friday and think about what’s coming up on Sunday.

Without further ado, I pass the blog to Jesse Whitfield:

Have you ever heard someone describe something as the “ultimate”? I remember years ago there was an often-used catchphrase that got added to everything that was at the peak of it’s popularity. “It’s the ultimate!” I can hear it now reverberating through the commercials. Slowly but surely the word ultimate just didn’t have the same impact when we heard it. Marketing and culture had once again cheapened a word that previously held significance in our day to day language. Kind of sad for a word that means the best, the most extreme, the utmost or the final point.

In our current age I have somewhat of a difficult time thinking of anything we could purchase that we might refer to as ultimate. There’s always a more advanced this, an updated version of that or a faster model of something else, right? What you thought was the ultimate turned out to be the best for just that moment in time. So is there anything that lives up to the “ultimate” description? Fortunately for us there is something that truly ascribes itself to being ultimate. It was the ultimate act that has yet to be surpassed.

This week we find ourselves meeting together on what we refer to as Good Friday. While we may refer to it as good there were many in Jerusalem during that time that saw it as anything but good. Here was their friend, their rabbi, their Messiah…hanging from a cross as His earthly life slowly faded from His body. Not nearly a week ago He had arrived in what was deemed the triumphal entry. I’m sure they thought that finally the day had come where the Messiah had come to rule. Yet here they were, watching in disbelief and wondering what was next. Trust was replaced with fear & happiness replaced with sorrow. How soon they had forgotten His words only days before. Right before their eyes they witnessed the ultimate act. The ultimate sacrifice.

Despite the horrific nature of what Jesus Christ endured the truth is that He voluntarily gave up His life. In John 10:17-18 He says this:

The Bible tells us He gave up (or dismissed) His spirit. In other words He voluntarily yielded it to the Father. He remained sovereign over the affairs of men right up until the very end. It was the ultimate sacrifice. The final sacrifice. It laid the foundation for His resurrection on the third day. This subsequent event  would become the lynchpin of the Christian faith.

So, right next to ultimate is another word we have watered down – sacrifice. Could any of us even imagine this level of commitment? How does sacrifice look in your life as a man? At what level is your sacrifice in light of His sacrifice?

I don’t know where you are in your walk with God or even if you
celebrate the Easter holiday. What I do know is that you have probably experienced sacrifice at some level in your life. Do you remember the feeling?

Whatever you did give up it either became a positive or negative memory for you. What was the immediate effect? How did that affect your current outlook today?

Please join us Friday morning [at the Cabernet Restaurant from 6:30AM to 7:30AM]  as we explore sacrifice both in what it has meant to us and what it can mean to us in light of this special day. Please invite a friend, a neighbor or a co-worker. I

look forward to our time together.
Well spoken, Jesse. – AP