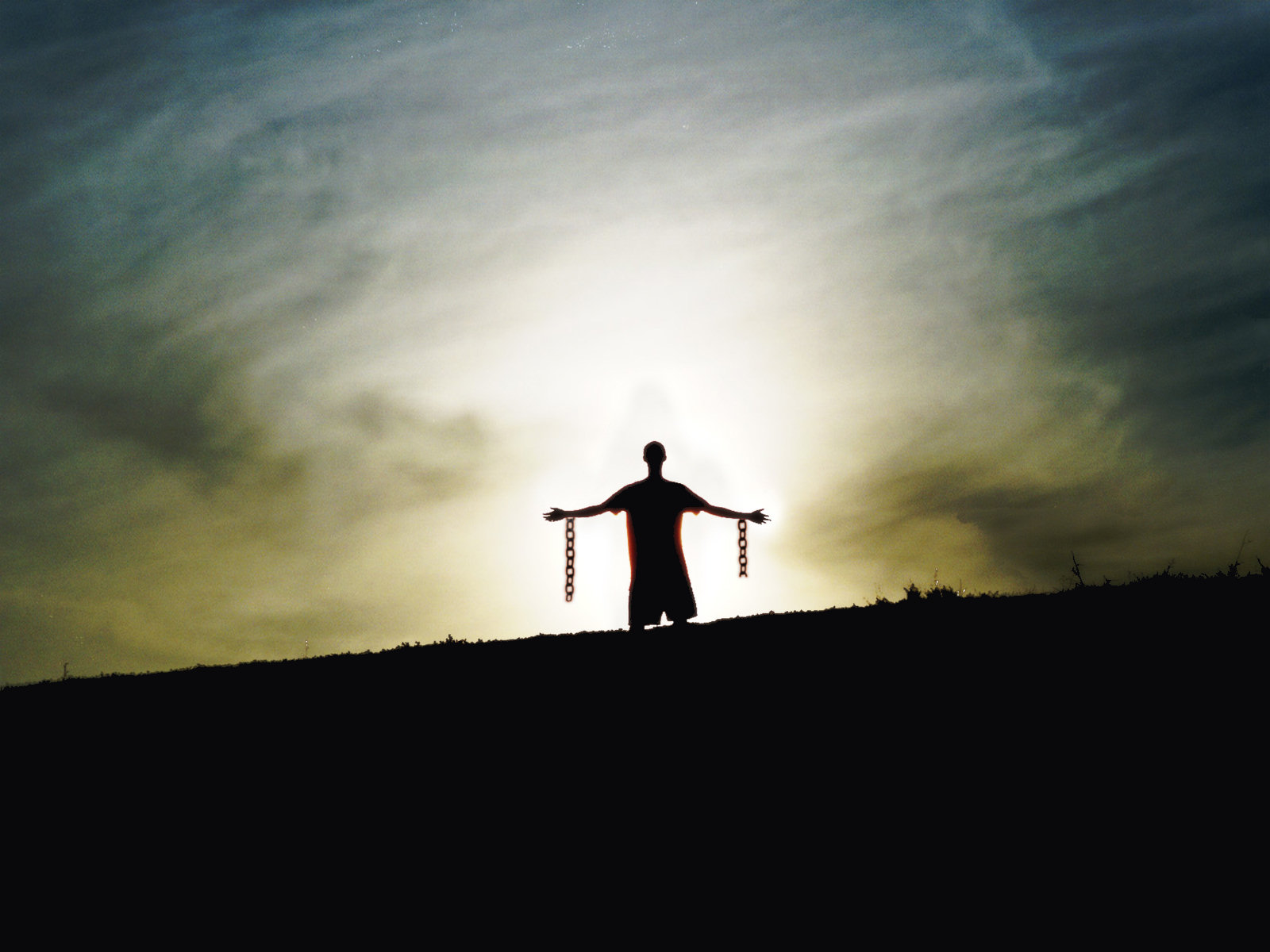 Longing to be Set Free?

We’ve all heard the story of the Golden Calf, haven’t we? Exodus 32, Moses goes up the mountain, the people begin to doubt he’ll return and in their wicked need for a tangible representation of God, melt down all their personal “bling” to form a golden calf. They sing and dance around it… Moses comes down and loses it, and the Levites slaughtered 3,000 of the offenders that day. God alters the game plan – no longer will He lead the nation, but an angel will be taking lead because if God were to go with them personally, He might have to kill them for their stubbornness. He’d set them free from 400 years of slavery under the wicked rule of idol worshippers. You’d think they’d have had enough of that, not to mention a little more practical devotion to the God who parted the Red Sea for them… But, when we’re used to living as a slave, it’s very possible to be “set free, but not living free.”

Idols enslave. That’s what they do. Sin is sticky and familiar. Sometimes, it’s hard to shake and easy to shift back into even when you’re liberated from it. So, what’s stuck to you right now? And, how do you get it off and keep it off?

God didn’t give the nation of Israel the 10 Commandments until after He’d already set them free – His rules were established after their relationship was established. The famous maxim – “rules without relationship lead to rebellion” is typified here. But, Moses somehow sees the big picture here. Thank God.

“If Your presence does not go with us, do not lead us up from here. For how then can it be known that I have found favor in Your sight, I and Your people? Is it not by Your going with us, so that we, I and Your people, may be distinguished from all the other people who are upon the face of the earth? (Ex. 33:15-16)”

Moses understood God wasn’t on some power-tripping mission to make the Israelites follow a bunch of baseless rules and play Simon Says: Desert Edition at His beck and call. Moses had a relationship with God. Moses understood early in the game that the only reason God would have them as His people, further ever have a people – Israel, the Church, etc. – is for distinguishing Himself and His holy name. Holy people reflect a holy God more clearly. For this reason it seems Moses refuses the angelic point man and returns to first principles: if it’s not You, Lord, in the lead – anyone in our path will miss Your point. Moses pleads for more of God.

If anyone is in Christ, he is a new creation… If the Son sets you free you will be free indeed… In Christ, we’re no longer obligated to answer to our inner teenager who wants what they want, when they want it, the way they want it. But, don’t we all have a “pet sin” that stirs up godly sorrow every time we commit it? Aren’t there seasons of your sanctification you wish you could fast forward beyond? Feeling… stuck? Feeling… like the Israelites a bit? But, you’re free!!! Shouldn’t this be easy? As Moses understood – it’s simple, but not easy.

Had Enough? How about More?

If you’ve had enough of slavery to sin or a sin in particular, you don’t need “wisdom and discernment” (#1 prayer request of the decade). You need deliverance. You need to be transformed by the renewing of your mind. So, let me ask you: when is the last time you found yourself on your face before the throne with that kind of attitude? Refusing to move forward without His presence? Your greatest need isn’t wisdom or even courage – you know what you’re doing is offensive to God, you’ve just pushed God away thinking He can’t or won’t see what you’re doing in “secret”. I’ve been there, too. If there’s a sin or groups of sin in your life that you keep finding yourself stuck to, even though you are set free, perhaps it’s not an end to the sin you seek. Perhaps it’s just more of the presence of God. How about a little “on-your-Facetime” with God this week? Got a half hour you can carve out in your schedule to just lay prostrate, call out to God, and listen for His reply… wait on His presence?

in it with you,