Get Clean this Christmas – Ron Dunn

It’s Time
In 1986, garbage was piling up on the streets of Philadelphia. The sanitation department was on strike. Joseph Paolino and Sons moved opportunistically securing a contract with the city that involved collecting, burning, incinerating and then removing the ash.

How?  The ashes were piled on a freighter called The Pelicano with a disposal trip planned to a third word country.  One problem.  Joseph and Sons did not properly segregate the trash before feeding the incinerator.

Everything from orange peels and plastic to aluminum, copper, car batteries and light bulbs were blended together and in the end formed  28 million tons of toxic ash. Haiti, Honduras, Costa Rica, Dominican Republic… port after port turned them away.  The Pelicano became the most unwanted ship in the world and for two years it went from point to port, refueling, but leaving with it’s garbage.

Can you relate?  For 15 years I was the Pelicano…docking and refueling at church on Sundays and in a men’s group on Fridays, gaining some energy, but still leaving with my toxic garbage.

In Matthew 11:25 Jesus is getting ready to tell us how to get rid of our garbage…

He had just talked about the people and cities that would not repent.  Now he thanks God that it is His plan to withhold the answer to those who consider themselves knowledgeable and wise, but reveals truth and reserves relationship for the childlike… a contrast to those who want to act independently of God and those who depend on the Father.

After this prayer of thanks, Jesus lays One Thing out: Come unto me all you who are weak and heavy laden…those carrying garbage around for years…and I will give you rest.

So what if Jesus had changed it up just a bit?…  What if he said…and I will sell you rest.  Would this be on your gift giving and gift getting list this Christmas?

How much would you pay?… Seriously…think about it!

The great news…it is free!

If you have been carrying a heavy load of trash, it’s time to lay it down.

As we are nearing December 24th and 25th…Christmas, It’s time…

Identify your garbage.  All the trash that you no longer want to haul around.

Come to Jesus… lay it before Him, acknowledge…repent

Invest some necessary time around the closing verses of Matthew 11…

This Christmas I will precede our family gift-giving time by placing one wrapped package upfront and center….

Inside the package will be four wooden letters… R-E-S-T. …The perfect gift that Jesus is willing to  freely give….

The heart of Christmas.

Men…somehow, in some way take the lead this Christmas and in a few memorable moments, with your family, from your personal experience, luxuriate this opportunity and share some dimension of what it means to “Come.”

One on one with Jesus, it’s time to discover rest.

Why?
Every week, I hope God squeezes some truth out of my fingertips and onto our blog that may encourage you. Often, He has given me the dubious honor of telling you about landmines in the road by pointing to the limbs I’ve blown off as a living mine-sweeper. Here’s a lesson that cost me an arm and a leg in a very figurative sense. I hope you don’t step in the same spot now.
-AP

The End of Superman
Last year, I believe God Himself brought me to a low point. Through a season of conflict in our home, confusion in our marriage, near-crisis in ministry, and crushing exhaustion, He made me keenly aware of my own weaknesses and limitations. I looked at my wife one afternoon, actual tears streaming down my face as I grieved the loss of a favorite illusion.
“What’s wrong?” she asked.
I pushed four, feeble words out of my mouth: “I’m not Superman anymore…”
I fought God for years, on this, but had finally begun the process of submitting to Him “one last stronghold” in my life – busyness. I’d heard the Mary/Martha parable for years and reacted the same way every time – “that’s a great story, Jesus.” and walked away from it each time thinking “but, that’s a story for women. It’s not about me.” I’d even preached it to other men… Ironic, isn’t it?
Oops. Only last year did I realize how narrow was the gap between “busy” and “burnout”.
Desperate for a Word
Only in that low, exhausted, “feeling like butter that’s been spread over too much bread” time could I become so starkly aware of the fact that I was running on my own steam, my own agenda, and allowing the noisy world to drown out the clear and present voice of my Lord. I recall crying out to him for relief many times over a period of weeks only to run into the same wall again only days later with what seemed like no reply from the Spirit. “I’ve gotta hear from you, Lord.” became the preamble to my every prayer.
Early one November morning, reading through Psalm 33:16-22 (roll over for reference HT: reftagger) came a reply from the Word and, I believe, a Word from the Lord.
For some reason I paused at this like a flashing red light – looking both ways to see what was coming – and I swear, I heard the Lord say a bunch of thingsanswering question’s I’d laid out in prayer for the preceding weeks, capped off by three words: “Respond. Rely. Rest”
Be Encouraged:
You’re not the first idiot to fall into the undesirable place you may be at. You’re not even the first smart, seasoned person to fall for it, either. God’s eye is on you, but you’ve got to fear Him, depend on His faithful love, and position yourself for delivery by waiting on Him, not relying on you, your strength, or false hope in your horse or large army. None of this is based on how long you’ve been following Jesus or how convoluted and confusing your current circumstance. It’s all based on the simplicity of hope in God.
Exhale.

Where Does it Hurt?

Pain Takes Many Forms
In discipleship as well as DivorceCare groups, we spend a good amount of time talking about the places in our lives where God wants to bring truth to counteract lies, comfort to the wounded, discernment to the naive. The question “where does it hurt?” is part and parcel of the calling. Often, those in pastoral ministry, counseling, and other helping vocations have a tendency to take great care of others and terrible care of themselves.

Guilty as charged. “Healer, heal yourself!”

Two months ago, I began reading “Leading on Empty” and “Soul Custody”. Our staff quickly realized we had been ourselves approaching burnout and needed a day off, a week off, perhaps even a month. Last month, we each scheduled a day at a local monastery where we knew we could be in silence long enough to silence every voice in our heads but God’s. After these days of solitude, silence, and simplicity, it was clear that July would be a wise time for us to “come home from the mission field”. Kind of hard to do when your home is part of the mission field.

With that in mind, we found a compromise. For the month of July, we’ll be out of our normal discipleship schedule with no extra classes or involvement, so that we can recharge and renew our minds. We’ve invited a handful of people to come by for a low-key “grill and chill” and will maintain an open door policy for the month to fellowship with some people who’ve fallen off the radar of our lives. If you feel like we’ve fallen off your radar since we got married, stepped out into ministry, and had a bunch of babies, send us an email or give us a call and we’ll save some space on the couch, pull up a chair in the backyard, and lay out a burnt offering on the grill! 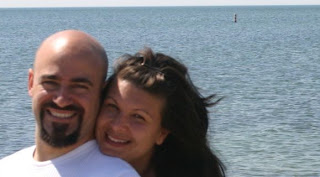 Good News & Bad News
In the meantime, I’m compelled to let you know where it hurts – where we could use your prayer and support. Financially, things are tight – they always have been, but God has always provided. We’re just at one of those crossroads again where we’re looking up at Him saying “We don’t know how You’re going to pull this off, but we’re open to Your plan.” Right now, we have about $750 in matching funds available for the month of June – if you’re considering giving to SOLM, every dollar you contribute this month will help us capture a dollar of that matching gift. Overall need for the ministry is over $2,250 for June, but we’re confident that this gift can create enough momentum to exceed that, if people prayerfully engage with us in it.

It’s always a great time to join us as a seasonal (3 months only) giver and if you give online, your gift can be designated as such. Seasonal givers will have the added bonus of counting toward the matching gift. Additionally, local “realigners” Drs. Colin & Claudia Roopnarine have offered to donate half the proceeds of all July office visits to any chiropractic patient who mentions Seasons of Life Ministries. Connect with them at www.nptcc.com on North Point Parkway in Alpharetta. Help yourself & help us! 770-993-4464