Perhaps one of the most difficult lessons in this life is learning that people are going to do what they want to do despite godly counsel. Then again, I’m a father of four, so it’s bound to happen sooner or later, right? This month, I want to focus in on the importance of discipleship before it’s required and the implications it has on the turn of season from single to married. Bottom line(s), like my pilot friends will tell you “it’s better to be on the ground (single) wishing you were in the air (married) than to be in the air wishing you were on the ground”; and discipleship matters, especially when obedience is the result.

Watch Out for the Brick!!!
My wife has such an interesting mix of spiritual gifts – a heart for pastoring, but a gift for exhorting. Not only is she street smart, but she’d got a direct line to the Father, who sometimes gives her inside information. Some might call it “word of knowledge”. Some would call it “prophetic”. I sometimes have to call it “spooky”. It’s especially spooky when she’s dead right about it.

This week, I got to catch up with a guy that asked us for wisdom and counsel in a relationship he was pursuing. I was kind yet firm. I offered very little opinion and much scripture. Cristine… When she spoke, I thought I saw a brick come out of her mouth and hit the guy in the head. It wasn’t entirely gentle. Blunt, clear, and true, but ouch. I could see the guy squirm in his seat. I could also see, by the look on his face that my wife was right about what she told him.

Months went by and here I am sitting down with him again – heartbroken. What Cristine had shared with him was utterly accurate and painfully real. He and his wife were now struggling through deal-breaker after deal-breaker in their marriage and it looked like this could have been prevented if he’d taken the advice my brick-throwing bride had given him months earlier. This isn’t an article about how we’re so great and others need to bow down to our massive Hans & Franz sized biblical biceps. It’s about how great this week’s conversation went.

See, this guy had married a wounded woman. I personally believe that when it comes to woundedness, “the tide goes out of the harbor as soon as you say ‘I do’.” Meaning that if you have junk in your harbor from past shipwrecks, it will become most visible after the altar, not before. Well, it’s low tide and their harbor is loaded with flotsam and jetsam: hurts, pains, fears, wrongs, unspoken expectations, minimized weaknesses… Since the wedding, wounds in her life had begun to consume her, him, and their marriage. Yet “Tom” was so steadfast. I absolutely, beyond a shadow of a doubt, love the attitude of Christ this guy was wearing – he knew in the middle of fights, blow-ups, and tit-for-tat’s that he could not leave this woman even if she asked him to. This guy had studied the scripture and taken the time to think out loud with other guys in his life.

The point of the story is to update you on some of the great things God is doing in the lives of men and women willing to “seek [Him] with all of [their] heart(s) (Jer. 29.13)”. It’s also to provoke you to action.

Action Items:
1. Will you pray for “Tom” and his marriage? You don’t need to know his real name, God will get who you’re praying for, because He’s… well… omniscient.

3. If you’re engaged or in a serious relationship, contact your local church about their ministry to the engaged – don’t walk through the engagement process on your own – we didn’t and we’re thoroughly grateful for it. Don’t consider meeting with other couples who have been married for many years – do it. We did that, and still meet with them from time to time. It has been a vital part of our marriage growth curve. “He who walks with the wise grows wise, but the companion of fools suffers harm. (Prov. 13.20)” 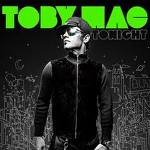