Life happens. Trials are here to make us perfect and complete, lacking in nothing, right? Ever think “if that’s true, then this year, I should be pretty close to perfect“? 2011-2012 has been the most challenging on the job training we’ve ever received. Despite the fact that I’ve had time to send out ZERO support letters in 6 months, God has provided between 60 and 80% of budgeted support in some way or another – almost twice our normal program funding level. The Lord has been wildly faithful and we are extremely grateful! More on that and some BIG NEWS below.

Argentina?
Recently, supporters of Seasons of Life and followers of our Facebook Fan Page helped a friend of ours take an unexpected “mission” trip to Argentina. We hope to have an official update from Lily Chauvin soon, but we can tell you it was a heartbreaking trip. While there were some who received her well, she found others to be hostile to her as well as the gospel. We know from scripture that God prepares the heart to receive the gospel, but gives man the opportunity to accept it or reject it. We’re grateful for all of you who jumped at the chance to help her in her calling and honored to have participated.
Fiscal Forecast – Sunny? 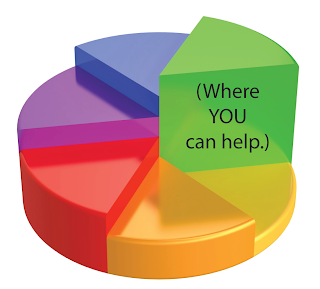 Financially, we’ve been pleasantly surprised by God prompting a number of supporters to step up their giving, completely unsolicited. (In fact, whereas normally we’ve sent out support letters once or twice per quarter, it’s been almost six months since we’ve sent out a “make the need known” letter. Glory to God.)


As we approach the summer there are a few transitions on the horizon and we’d like to inform everyone of the possibilities ahead for 2012, 2013 and beyond. The Lord is broadening our territory in Gainesville, GA, where the harvest is plenty, but the workers are few. This could mean carrying a wider load for Free Chapel’s DivorceCare program but also bringing Seasons of Life discipleship to a community lacking in a detailed one-on-one discipleship plan and budget to sustain it, yet rich in a deep and abiding need for it.

This presents a fantastic opportunity for people with a passion for para-church ministries, pastoral care for the hurt, broken, and addicted, as well as those who love to support missionaries in general. Currently, we are less than $3,000 from meeting our support need – for the quarter – this is a big deal for three reasons:

What You Can Do:
Your giving power is officially doubled. Anyone who supports Seasons of Life Ministries in new giving, whether one time, “seasonal” (once/month for three months), or joins as a new monthly support family member, will help us not only capture the funds needed for the quarter, but definitively help set us up for a smooth 3rd & 4th quarter and balance the scales moving into 2013. WOW, is right!

Pray it over, (as always), and consider whether this is the “sign” you’ve been waiting for: the need is great where we’re “growing to”. You may never personally experience the work God’s called us to do all the way up in North Forsyth and Hall Counties, but your giving will make a bold impact on men, marriages, couples, children, and disciples of Christ there. To help capture this timely gift, click here or enter “http://bit.ly/solmsupport” in your browser’s address bar.

Moving Forward
Thank you, thank you, to all who are still lifting up this ministry, our family, and those we serve in your prayers. Great things are in the rear view mirror and on the horizon. Your “vertical” support has not been wasted. Please, keep us in prayer, join us in prayer, and tell anyone you can to follow us, fan us, like us, and pray for us.

What Happened to Spring?!

As transplanted Northerners, spring in Georgia is a strange phenomenon for us. It comes with little warning, a month (or two) earlier than we’re used to, and turns into summer even faster. Brown, crunchy lawns in our neighborhood turn verdant almost overnight. It’s almost as if a glacier melted and dropped a new terrain on top of the old, barren one. From a practical standpoint, that’s what it looks like when Jesus drops His abundant life into the life of the broken. Dry, crusty life doesn’t just “perk up”, it thrives.

This past year has been one of the most challenging seasons of our own lives personally. Yet, we have clearly seen God use it to transform our hearts and refine His ministry through us. Call it “on the job training”, but the trials He’s delivered us through in 2011-2012 have been no different than the dramatic winter to summer transition we’re growing accustomed to here in GA. We’re already seeing the results of it bear fruit in the lives of others. 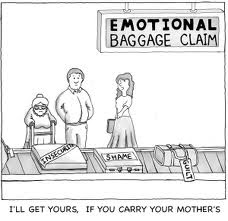 Our Honor, His Glory
Recently I had coffee with a guy whose wife is being crushed by the grinder of life. Pain and brokenness from her past is gushing out of her heart, subsequently, her mouth – and that hurts. But, to watch this guy “get vertical” and follow Jesus despite the (tongue) lashing he takes for hurts he didn’t cause, is such a sweet honor.

I’ve got three or four guys across the table from me this year going through the same thing, and God continues to speak to us all through His word. I’m invigorated to watch them stumble at times, but get up and walk on in the footsteps of “forgive them Father, they know not what they do”. Love, love, awesome, godly love. Masculine, yet submitted to God. Wow.

Just today, we got an email from a woman that Cristine loves very deeply and has walked with from time to time over the past few years –
“[My husband and I] are proof that one on one discipleship truly helps (well, some days we’re better proof than other days) in our walk with Christ.”
What an awesome, transparent, clear encouragement: we all fall down. We must get up, but never by the flesh, only by the Spirit. Discipleship isn’t the fix-all for everything: Jesus is. But, walking with someone, arm-in-arm, as you walk with Christ can make such a huge difference, no?

Cristine has transitioned to volunteer status, stepping back from discipleship quite a bit this year and taken on a God given (long story) part-time job to fill in part of a gap in support. As for her discpleship, she is “picking her spots” as God would have her, and we are mindful to guard her bandwidth as God directs.

To watch her embrace her role as a mother and discipler of our children out of obedience to the Lord rather than by the force of her husband is an awesome sight. As a husband and father, it is so comforting to know that I don’t have to pressure her to lean this direction, rather just get out of her and God’s way and watch them collaborate for this season.

While our oldest daughter, Brianna, has been walking through her own dark season of life, God has used Cristine’s heart for prayer and burden for the next generation to forge a new ministry effort – Mothers In Prayer.
This is a once per week environment, where women – whether mothers, grandmothers, or childless – are now gathering to make their prayers and petitions known to the Lord. It is not a curriculum-driven environment, small group, nor networking organization. It is not a place for platitudes and shallow, “proper” prayers. It is solely focused on lifting up the cares and concerns one generation has for the next, honestly, transparently, boldly. To find out more about Mothers in Prayer, message us on Facebook through either Seasons of Life’s fan page or the new Mothers in Prayer page at http://www.facebook.com/prayingmothers.

The Way Forward for Discipleship

As a couple, we are still seeing other couples through seasons of turmoil. This has always been a part of the DNA of Seasons of Life and we can see it continuing as God conforms us and them to the image of Christ. We are certain of our involvement with Free Chapel’s DivorceCare program, just uncertain what that looks like as their org structure and implementation strategy changes this month. We would ask for your prayers that we be continually prayerful and open to God’s direction as we stand in the flow of His ministry to the divorced in that territory.

If you’re on our email newsletter list, you’ve noticed your inbox has been pretty quiet. This is because we’ve been leaning much more heavily on Facebook, Twitter, and the blog for public updates. Social media has grown more and more effective, and we’re pleased with the results. As we track with this trend, you will likely see less from us in your inbox and more consistency on the blog and other outlets. Tune in.


To connect with us on Facebook, click here. To follow us on Twitter, click here. If you’re just tuning in, God’s impressed on me the idea of staying consistent (again, with exceptions at His direction) with a weekly devotional published Mondays, here on the blog.