What Bothers God, and What Will You DO about It? 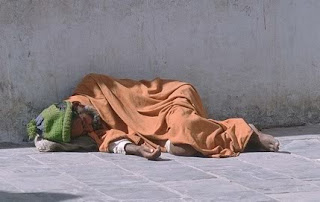 Transformation Happens
Watching the turning points in the lives of the people around me is one of my favorite parts about life before Christ returns. There are guys and women in our life who have been heading for disaster that have turned 180 degrees on a dime when God said “about face”. There are selfish places in my own heart that have been liberated from greed, anger, and worship of the counterfeit god of “progress” because of the transformative power of the Holy Spirit. It’s easy to walk away from the mirror and forget what you saw, when you’re complacent and comfortable. Not so when you’re horrified by the reflection you see…

This Sunday, we went to a great church service – I brought some junk in my heart and He cleaned it up in a matter of minutes. Glory to God. After church, we ran over to our new favorite thrift store where we got a bunch of clothes for our oldest, Mommy got two shirts, and I got an awesome pair of jeans and two suits – one that was in the exact color I wanted and fit me so well it won’t need alterations… all of this for under $50. Okay, glory to God, again. We were so excited that you couldn’t shut us up on the way home.

Until Cristine saw a homeless guy crossing the street and wandering off onto a side road.

He was probably in his forties, looked much older, no teeth on the top at all, clearly hadn’t showered in a long time and had the smell to prove it. You could tell this guy had been through a tough time and as he stuttered to get words out, words weren’t the only think exploding off his lips. There was plenty of spit and stink to go with them. Incomplete sentences, fragments of words he tried to recall. “Do you need something to eat?” we asked.

Fed him. Prayed for him. Went on our way. Humbled…. Praise God.

Later that night, we’d gotten a sweet deal on tickets to a Broadway show playing in Atlanta. Our tax return had come and we’d purposely planned to put a little aside to invest in some “marriage time” away from the kids, work, and everyday urgencies. I’m a deal guy – can’t get a deal on it, I don’t wannit, you know? So, here I am, stuffed full of pride that in 4 years of being together we’d never been to a live theater event and we were finally seeing it happen. It was a great show and despite the fact that I’d surprised my wife with it (which, she hates surprises), I turned out to be a bit of a hero that night.

Of course, when I step into hero shoes, often I step uninvited into God’s shoes.

Out of the Woods? Not Yet…

There, on the street corner on the way back to the parking deck, is a guy standing in 34 degree weather wrapped in a sleeping bag with a cup for donations in his hand. Try walking away from God on that one and you’ll be wearing Jonah’s flip-flops in the belly of a big fish, right? Now, I don’t carry cash as a rule. But, you can’t get down GA-400 to Midtown without paying the toll and I’d planned to take my already happy wife out for a cup of decaf while we still had a free babysitter for once. I’d planned to. Then, God steps in and reminds me it’s not my money – plastic or paper – and He had a divine appointment for us.

I’m a little aggravated with God for a moment – happy to give to the guy in the sleeping bag… and the next guy on the corner blowing a mean trumpet, but annoyed that He’d take away my cup of Joe with my dashing bride at the local overpriced coffee boutique. After we pass the guy on the horn, we’re stuck for a moment waiting for a “walk” light, standing behind an older couple – the woman dressed in a fur coat. Now, I’m not mad at God – no, I’m too spiritually mature for that, right? Now, I’m mad at this lady thinking – “it took two dead animals just to make the hood on that coat and you two stinkin so-and-so’s can’t drop a couple of bills in a homeless guy’s cup?!”

Thankfully, God reminded me that there’s a fine line between righteous indignation and self righteousness.

What I loved most about the night could easily have been what we did for that guy in the sleeping bag. It could easily have been the carefree, good time we had knowing we had 4 able babysitters watching our youngest three kids. Or, it could have simply been the time spent with my wife watching some of the most talented people on earth bang out complex rhythms in mixed meter with astounding dynamics and choreography on a stage filled with trash cans, broomsticks, and drumsticks.

What took the cake that night was the conversation we had on the way out of the parking garage on the way home about what we could sell to do more for the homeless. To see God capture the deepest, sometimes forgotten places of our hearts and pierce them with some finely sharpened perspective. God pulled my selfish @$* past my own arrogance and into gratitude – what can we do with the rest of our tax return to take care of the people downtown? What if we only got our kids one present this year and blew the rest of the shopping money on homeless kids? What would happen if we stopped raising funds for Seasons of Life and just asked people to give backpacks, toothbrushes, blankets, and shoes? What if, instead of trying to replace our ailing TV, we kept watching the failing bulb in our living room but we fed Jesus by feeding them?

I know some of you have been reading this the whole time, sweating the ask. I’m growing to be more of a bold “asker” than ever and this has just bothered me to the point that I’ve got to ask. But, this is a simple one and if you’ve ever heard that voice that bothers you without being judgmental or reproachful, you’re already halfway to doing the right thing.

Do not merely listen to the word, and so deceive yourselves. Do what it says. – James 1.22
Sometimes I hate that verse. Sometimes, I just want my plan to go uninterrupted. I want people to get out of my way, use their turn signal, give me my third slice of chocolate cake, give me my way, etc., etc., etc. Then, that verse smacks me in the head. God doesn’t desire sacrifice as much as He delights in obedience. Grrr… “Lord, pry my white knuckles off my stuff, my plans, and my agenda…”

Would you consider one of the following courses of action:

Just do something – make a sacrifice. I’m thrilled that God could be the one behind the conversation Cristine and I had. I also can’t imagine Satan telling us to sell stuff “to give to anyone who had need. (Acts 2.45)” So, I trust that He’s calling us to give up something for His Kingdom. I also trust He’s calling us to share this with others. Please don’t mistake the intent – we’re no more righteous than the next guy who’s saved by God’s grace. I’m not blogging this so that people will think “how holy is Aarron?!” I’m blogging about this because it’s breaking our hearts and it’s broken God’s heart, but there’s something we can do about it, something we should do about it.

Will you join us?